Lennie’s serves locally-brewed Bloomington Brewing Company beer, almost all of which is vegan-friendly.

Order a Vegan Deluxe pizza or build your own with either the multigrain or gluten-free crust and vegan cheese! Additional toppings: vegan sausage, pepperoni, and veggies.

They also frequently have vegan options during their holiday/seasonal special event menus, which are announced via social media.

Back to the dining guide

We’ve been playing it safe with COVID and only hosting occasional outdoor events. You’ll find them listed here. 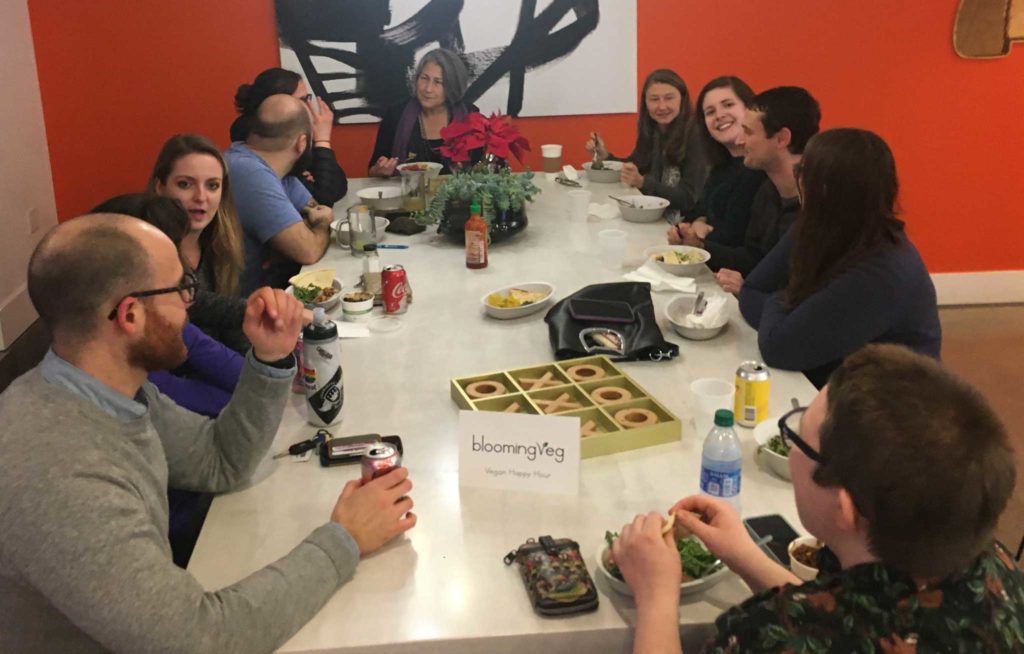